Deepak Chopra was trained in India and the United States as a practising endocrinologist. A former chief of staff at the New England Memorial Hospital in Stoneham, Massachusetts, and founding president of the American Association of Ayurvedic Medicine, he is Educational Director of the Chopra Centre For Well Being in La Jolla, California. 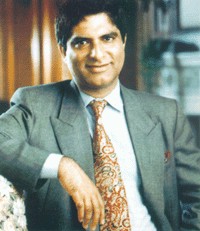 This was first published in 1997 by www.positivehealth.com