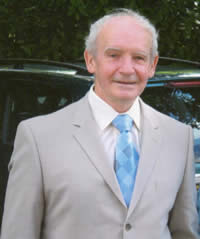 It's hard to figure it out sometimes!

In the early 1970s I decided to change careers. I'd worked as an office manager in Birmingham, in the rag trade, and the company went bust. A move d
Read more... | 0 comment

During the course of producing Verve magazine, I bought a keyboard designed for typesetting. It produced a punched-tape roll; this was then run off
Read more... | 0 comment